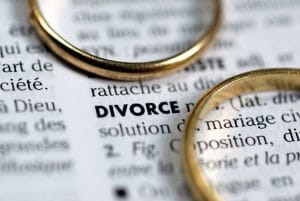 Humans are complicated creatures. Two people can fall passionately in love and move heaven and earth to be together – yet when things go south, they become filled with a vengeful rage and will stop at nothing to get out of the marriage. Given the fascinating nature of the dynamics of human relationships, a lot of time and effort is spent studying marriage and divorce. The following are five interesting facts and trends about divorce in America.

1. The divorce rate is falling

A research study titled “A Diamond is Forever and Other Fairy Tales” analyzed the relationship between the cost of the wedding celebration and the length of the marriage in the United States. The researchers found an inverse relationship between spending on the engagement ring and wedding ceremony and how long the couple remained married, possibly because the financial stress of paying for elaborate ceremonies increases the odds of marital dissolution. If you want to give your marriage its best chance, perhaps a smaller wedding is the better idea.

3. Long commutes can increase the risk of divorce

If one spouse commutes more than 45 minutes each way to work, it can increase the likelihood of divorce, according to a research study “Til Work Do Us Part: The Social Fallacy of Long-distance Commuting.” Researchers found that rates of separation are higher among couples who have a long-distance commute.

These increased rates could be caused by how young the “Baby Boomers” were when they married. Another factor is that many people in this age group are on their second marriage, and second marriages have a greater risk for divorce. Ideas about the moral acceptability of divorce are changing also, which could play a role in the increase.

5. People cheat on their spouses

It turns out that adultery is still one of the most common factors in causing a divorce. Research done by the Institute for Family Studies states that 16% of all spouses (about 20% of all men, and 15% of all women) admitted to having sex with someone who was not their spouse. The averages increased as the populations got older: 16% of women aged 60-69, and 26% of men aged 70-79, admitted to cheating. Per their findings, “Among ever-married adults who have cheated on their spouses before, 40% are currently divorced or separated. By comparison, only 17% of adults who were faithful to their spouse are no longer married.”

If you have come to a place where you feel you have done all you can and it is time to end your marriage, you need an advocate who will represent you and your interests through the divorce process. At Cynthia H. Clark & Associates, LLC, we are here for you. Our Annapolis divorce attorneys have the experience, resources, and compassion to help you through the challenges of divorce. You can reserve a consultation by calling 410.921.2422 or filling out our contact form.